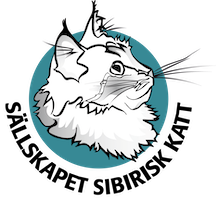 The above is a portrait of a cat given me many years ago, whose parents came from Russia, but from what part I could never ascertain. It differed from the Angora and the Persian in many respects. It was larger in body with shorter legs. The mane or frill was very large, long, and dense, and more of a woolly texture, with coarse hairs among it ; the colour was of dark tabby, though the markings were not a decided black, nor clear and distinct ; the ground colour was wanting in that depth and richness possessed by the Persian, having a somewhat dull appearance. The eyes were large and prominent, of a bright orange, slightly tinted with green, the ears large by comparison, with small tufts, full of long, woolly hair, the limbs stout and short, the tail being very dissimilar, as it was short, very woolly, and thickly covered with hair the same length from the base to the tip, and much resembled in form that of the English wild cat. Its motion was not so agile as other cats, nor did it apparently care for warmth, as it liked being outdoors in the coldest weather.

Another peculiarity being that it seemed to care little in the way of watching birds for the purpose of food, neither were its habits like those of the short-haired cats that were its companions. It attached itself to no person, as was the case with some of the others, but curiously took a particular fancy to one of my short-haired, silver-gray tabbies ; the two appeared always together. In front of the fire they sat side by side. If one left the room the other followed. Adown the garden paths there they were, still companions ; and at night slept in the same box ; they drank milk from the same saucer, and fed from the same plate, and, in fact, only seemed to exist for each other. In all my experience I never knew a more devoted couple.

I bred but one kitten from the Russian, and this was the offspring of the short-haired silver tabby. It was black-and-white, and resembled the Russian in a large degree, having a woolly coat, somewhat a mane, and a short, very bushy tail. This, like his father, seemed also to be fonder of animals for food than birds, and, although very small, would without any hesitation attack and kill a full-grown rat. I have seen several Russian cats, yet never but on this occasion had the opportunity of comparing their habits and mode of life with those of the other varieties ; neither have I seen any but those of a tabby colour, and they mostly of a dark brown.

I am fully aware that many cross-bred cats are sold as Russian, Angora, and Persian, either between these or the short-haired, and some of these, of course, retain in large degree the distinctive peculiarities of each breed. Yet to the practised eye there is generally – I do not say always – a difference of some sort by which the particular breed may be clearly defined. When the prizes are given, as is the case even at our largest cat shows, for the best long-haired cat, there, of course, exists in the eye of the judge no distinction as regards breed. He selects, as he is bound to do, that which is the best *long-haired* cat in all points, the length of hair, colour, texture, and condition of the exhibit being that which commands his first attention. But if it were so put that the prize should be for the best Angora, Persian, Russian, etc., it would make the task rather more than difficult, for I have seen some ”first-cross cats” that have possessed all, or nearly all, the points requisite for that of the Angora, Persian, or Russian, while others so bred have been very deficient, perhaps showing the Angora cross only by the tail and a slight and small frill.

At the same time it must be noted, that, although from time to time some excellent specimens may be so bred, it is by no means desirable to buy and use such for stock purposes, for they will in all probability ”throw back” – that is, after several generations, although allied with thoroughbred, they will possibly have a little family of quite ”short-hairs.” I have known this with rabbits, who, after breeding short-haired varieties for some time, suddenly reverted to a litter of ”long-hairs” ; but have not carried out the experiment with cats. At the same time I may state that I have little or no doubt that such would be the case ; therefore I would urge on all those who are fond of cats – or, in fact, other animals – of any any particular breed, to use when possible none but those of the purest pedigree, as this will tend to prevent much disappointment that might otherwise ensue.

But I am digressing, and so back to my subject – the Russian long-haired cat. I advisedly say long-haired cat, for I shall hereafter have to treat of other cats coming from Russia that are short-haired, none which I have hitherto seen being tabbies, but whole colour. This is the more singular as all those of the long-hair have been brown tabbies, with only one or two exceptions, which were black. It is just possible these were the offspring of tabby or grey parents, as the wild rabbit has been known to have had black progeny. I have seen a black rabbit shot from amongst the grey on the South Downs.

I do not remember having seen a white Russian ”long-hair,” and I should feel particularly obliged to any of my readers who could supply me with further information on this subject, or on any other relating to the various breeds of cats, cat-life and habits. I am fully aware that no two cats are exactly alike either in their form, colour, movements, or habits; but what I have given much study and attention to, and what I wish to arrive at is, the broad existing natural
distinctions of the different varieties. In this way I shall feel grateful for any information.